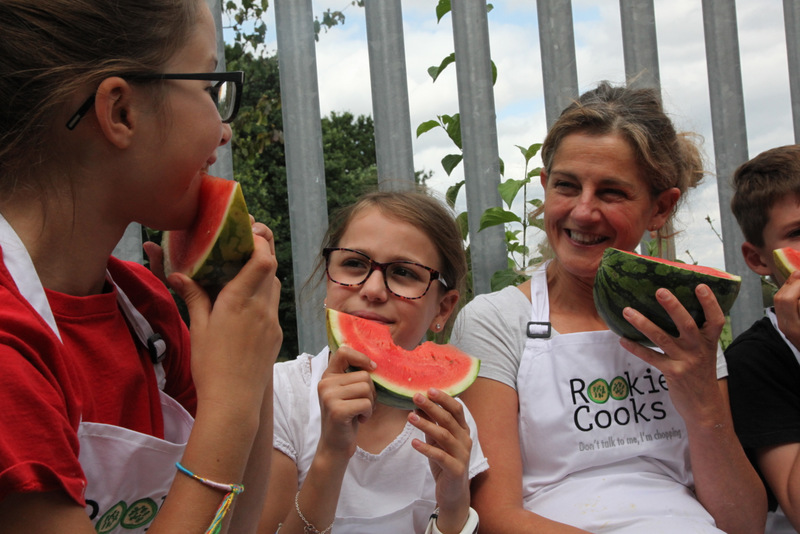 Rookie Cooks was set up in 2019 by chef and businesswoman Vivienne Gonley.

Vivienne grew up in a home where the favourite topic of conversation was food and where recipes were tirelessly discussed and tried out.

She believes that an appreciation of good food and the ability to cook it adds to the quality of life.

As she was bringing up her own children she saw that cooking was not being taught enough in schools so she decided to do something about it.

In setting up Rookie Cooks, her aim was to teach cooking skills, to instil good eating habits from an early age, and to share the pleasure and satisfaction of creating delicious food with your own hands.

As well as inspiring a new generation of keen, confident cooks, Vivienne is training up a team of teachers for the rookies, and building a collection of tried-and-tested recipes that everyone will want to cook again and again.